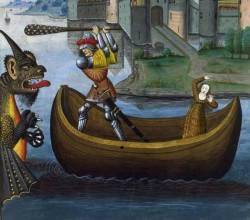 A Sigh of Relief

There was a sigh of relief when, after a farcical legal process, befitting an Ally McBeal-type scenario of the bizarre and surreal, Wilders (the anti-Islam/Muslim politician) was acquitted from incitement to hatred and criminal insult. The acquittal had been pushed for right from the moment the Court of Appeal had ordered his prosecution, both by counsel for the defendant and the prosecution. Most politicians and many fellow scholars (legal and otherwise) held the belief that the court was not the forum in, and the law not the instrument with, which the underlying problematic ought to be addressed or debated. The perceived problems about integration and immigration and the perceived threat of the other, the stranger, is political not legal, or so the argument seemed to be unfolding as if it were an abstract problem. But if this remains so, what is the law for then? The sigh of relief seemed to express an instrumental, nay opportunistic, ‘use’ of the law. If the outcome would be threatening, or otherwise unwelcome, (as a guilty verdict would be, according to many) than law has no place? The sigh of relief allowed everything to remain political and, by implication, everything can be said. The law was fought successfully, and lost. But, ironically, politics is at its wits-end when it comes to Wilders, whose power and influence increases.

I want to address three points for discussion. These three points refer to how law relates to the politics of fear that, as one Dutch commentator rightly pointed out, sells lies and half truths in the name of the ideals of the Enlightenment thus trampling upon those ideals. The first point concerns the politics of fear itself, stressing that the new populism ignores a politics of alternatives, presenting itself as political debate but ‘abusing’ it, feeding fear (and be fed by fear), without offering alternatives or viable solutions. The second point concerns the abuse of law and legal procedure, in particular the mistreatment of free speech, invoking a cynical instrumental abuse of law, silencing others who disagree, evading dialogue and proclaiming the end of the rule of law if convicted. The third point concerns the law itself and, by implication, the responsibility of the legal scholar, both as scholar and as teacher. Do we merely report upon the event? But while doing so, and how we do it (the chosen perspective of observation), does it reveal our position vis-