Rights, Politics and Paradise: Notes on Zizek’s Silent Voice of a New Beginning 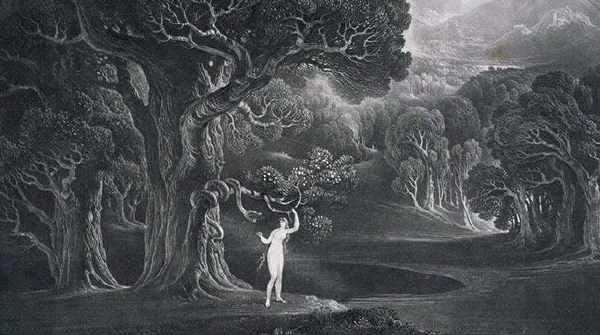 The Silent Voice of a New Beginning was a talk given by Slavoj Zizek at the Birkbeck Institute for the Humanities on the 20th November 2011. Upon recently hearing a recording, it struck me as an incredibly rich session in terms of political substance—what is to be done?—and the quality of the interventions. The following are some notes, reflections and partial transcriptions.

Zizek starts off by outlining his basic position on human rights, which can be found in the Parallax View. He also relays some newer thoughts. Briefly, he now recognizes formal human rights as a necessity only insofar as real freedom can emerge in antagonistic relation to them. In other words, formal human rights represent false freedom but are, nevertheless, the only avenue through which actual freedom can appear. So we have the formal form of the rights of man, which were initially restricted to wealthy male citizenry, but later went on to include women, children, black people, etc. because of the demand to be counted. Zizek claims all emancipatory movements, including Marxism, can be conceived in terms of a radicalization of human rights. What is universal in human rights is not a particular set of values, Western or otherwise, but the right to universality as such, the political subject’s right to seek and to formulate its own universality. At least one way this can be done, he implies, is through the formulation of demands; and in the context of current protests, what is needed is the art of formulating the right demand and insisting on it.

Practically speaking, this means we should not demand the impossible. Nor should we simply demand the possible. According to Zizek, the art is to formulate a realistic demand that so profoundly challenges the established order that its realization only seems impossible. Universal health care in the USA is one example. The end of tax avoidance by the super rich could be another. At the same time, it should be made clear that this is only a beginning. More radical demands would come in due course.

Zizek has been arguing for a long time that to effect real change, the first step we need to take is a backwards one, to retreat from pseudo-activities that make us feel as if we are doing something—including ad hoc and ephemeral protests—but which in reality change nothing. Such a retreat he has called ‘passive aggressivity’: the potent gesture of withdrawal from systems of ideological repression, the dignified and even Ghandian refusal to participate. In this context, the title of his talk makes sense: the silent voice of a new beginning is the withdrawal from hegemonic discourses, the ‘no, we would prefer not to’ that precedes the ‘yes, we demand’.

Today, Zizek sees the need for more. Saying ‘no’ is the first step, but the subsequent affirmation of the necessity for change requires not only the formulation of political demands, but also some idea of how an alternative society can be organized; or in his words: ‘ … I think it is important that we start to shift focus from the purely, let me call it “negative gesture”—we reject this debt—to at least try to play with, to imagine, alternative modes of organization’. [58m22s] Zizek is concerned with ensuring the protests effect real change and with how any change can be maintained while avoiding the spectre of totalitarianism. Using Greece as an example, he wonders how things would be organized if the State were to collapse and the ‘people’ were to take over. What would happen at such a juncture?

At this point there is an interesting and polemical intervention by Costas Douzinas, who suggests that Zizek has the problem the wrong way round. The question of what happens after some new regime takes over will involve, in Douzinas’s words, a ‘long process in which programmes will be created … a long democratic process’. The real problem, therefore, is not what is going to happen after any revolution, but how to get there in the first place. Following a series of arguments and counter-arguments over the pertinence of, amongst other things, direct democracy, the debate quickly escalates:

Zizek: This is for me the crucial problem and when you say, ‘well, it’s a long process, we will find it’, it’s just rhetorics. Of course it’s a long process … but your position is basically, if I’ve got it correctly, we cannot say anything, we will see what happens. I mean this is for me a little bit too risky … The big problem is: can we imagine another way of what Gramsci called the ‘new order’ of things functioning normally in a different way.

Douzinas: But what you’re saying … the ‘new order’ — this is total eschatology.

Zizek: No, because I’m not saying that this is the end of history.

Douzinas: No no, what you’re telling us is we have to know how paradise is. Before we know what paradise is we’re not going to make any attempt to get there. And what I’m saying is that it is much more important to try to get to paradise and once we get there we’ll work it out. Because your recipe and your advice all over the world to these movements, to people who are standing up and mobilizing and so on, is that before you have a full blueprint of how society is going to be after the change you should not do anything. Do a bit of protest, do a bit of hippydom here and hippydom there, and since you do not have your full constitutional order and party in place, forget it!

Zizek: I never said this. What I said is, on the contrary, that if you just want to go to a paradise without knowing where you are going you can well end in hell.

Douzinas: Indeed, this is the chance you take. As [Walter] Benjamin said, the worst and best are very close to one another, but unless you aim for the best you don’t get anywhere.

Zizek: Let me be concrete. I never spoke about what will be. Who knows what will be? … But my point is this one: I don’t think you can simply say how to get to paradise. Paradise is there. If there is a lesson to be drawn from the sad 20th century experience, it is that the germs of paradise must be already here in how we are organizing … and direct democracy is not enough …

Douzinas: You’re a very imaginative guy so use your imagination and give us some alternative …

Zizek: … our focus should … be … on different forms of representation. There lies the true creative work. In normal times, you cannot have permanent activity [in terms of horizontal or direct democracy], you need representation, but you need a type of representation, maybe even less democratic, I don’t know.

Douzinas: I don’t think we disagree.

Zizek: Yeah … can’t you see what worries me is that we will have a beautiful protest and then this protest will disappear and then all that will remain is that we will feel very well: what a nice time we had during the protest.

And I agree with you, something probably will emerge. I’m not as pessimistic as I may sound here. Just let’s look at history and how people thought many things [were] not possible. Let’s not forget.

Here we should even sincerely praise democracy itself: my God, up until modernity people thought the moment you don’t have a natural pretender to power, the moment you open up the field and admit the empty place of power, it’s catastrophe. The great triumph of democracy is that it turned this moment—when the throne is empty—into the resource for the stability of the system. So things can be done. But I don’t want to terrorize people into this: oh give me a detailed blueprint! — no! I just think that we should be very careful … .

The people with their protests are not asking questions, they are an answer, but an opaque answer. What we intellectuals can do with our knowledge is not to provide answers, but to start to raise the right questions, so that the answer can only come from the people. The answer will be recognised as the answer if we provide the frame for the question to it. This is a much more modest model where nonetheless we intellectuals are crucial …

I think, if anything, [given] the 20th Century fiascos, we intellectuals lost this arrogant right to say, ‘we have the answers, we show you the way’ …

So let me not start but finish with the following:

If universal right manifests itself through the demand, then such a ‘demand-right’ is, philosophically speaking, an infinite one. There is no perfect system and there can never be paradise on earth. There are only ‘the germs of paradise’, as Zizek put it, in various states of cultivation, thus doing away with an absolute end point for thinking political change. If a post-capitalist new order ever came to pass and Zizek were still around, he would no doubt continue to provoke, agitate, and refuse, quite rightly in my view, to provide the final answer. In the meantime and as the Occupy camps disperse, I hope those questions for which the people are supposedly the answer will be formulated sooner rather than later.