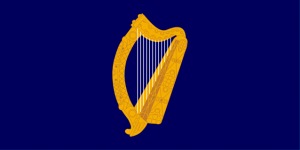 Following the Irish Government’s decision to modify the constitution of 1937 following a new constitutional convention, the Ice Moon Blog – which has contacts in the highest places in the Irish State – has been able to obtain a secret government memo with a full mock-up of the new constitution to be amended after the Fiscal Compact Referendum. The following are the relevant new articles:

The Irish nation hereby abrogates its inalienable, indefeasible, and sovereign right to choose its own form of Government, to determine its relations with other nations, and to develop its life, political, economic and cultural, in accordance with its own genius and traditions and confers these rights on another crowd altogether.

Ireland is a dependancy of the International Monetary Fund with a lot of really nice pubs.

All powers of government, legislative, executive and judicial, derive, under the IMF, from the EU, whose right it is to designate the rulers of the State and, in final appeal, to decide all questions of national policy, according to the requirements of the ruling class at present constituted as multinational corporations.

All natural resources, including the air and all forms of potential energy, within the jurisdiction of the Parliament and Government established by this Constitution and all royalties and franchises within that jurisdiction belong to the highest bidder.

All revenues of the State from whatever source arising shall, without exception, form one fund, and shall be appropriated for the purposes of maintaining holders of bonds in Irish banks in the comfort to which they have become accustomed.

Ireland affirms its devotion to the corporate ideal, capitalism, profit, co-operation with the USA, and denies any sense of solidarity with other nations especially Greece.

Justice shall be administered in courts established by law by judges appointed in the manner provided by this Constitution, with extreme severity against the poor, the dissident and the weak, but shall not apply to the rich and powerful especially corrupt politicians, the bankers who bankrupted the country or the people who protected them.

Laws enacted by the Oireachtas shall be checked first with the Bundesbank.

3 comments for “The New Irish Constitution”