Guantanamo is still there … and the number of Guantanomos is multiplying. 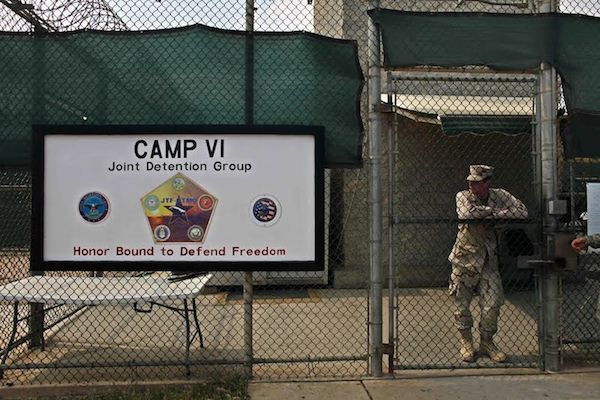 One of the reasons why President Obama’s mandate has fallen many miles short of expectations is his clear lack of will — let’s dispense with euphemisms — to deliver his promise to close the six different camps making up the U.S. base in Guantanamo Bay. This is where prisoners with links to the war against terrorism, primarily to Al-Qaeda, have been held since the U.S. intervention in Afghanistan, prisoners subject to differing degrees and types of coercive measures.

For example, in the harshest camp, Camp 6, with capacity for 178 prisoners, inmates are held in windowless individual steel cells for 22 hours a day. It is common knowledge that, over the years, reports and testimonies have shown that in all of these camps, prisoners who — from the standpoint of international law — are prisoners of war (although the US denies them that status, regarding them as “illegal enemy combatants”) have been subjected to torture and ill-treatment. As the Red Cross and various other human rights NGOs have pointed out, this regime not only falls outside the perimeters of international legality, it actively violates it.

The first group of 20 prisoners arrived at the US base on 11 January 2002, under the mandate of President Bush. The prevailing legal situation was one of a state of war which saw the suspension of basic human rights guarantees under the Patriot Act, according to reports from the American Civil Liberties Union, among others. At its peak, these camps held 750 prisoners. Today, there are 151. During his first presidential campaign in 2008, Obama (and McCain, too) promised to close the camps if they were elected to office. In January 2009, Obama ordered the closure of Guantanamo for one year, however in 2009 and 2010 the Congress vetoed the use of public funds to transfer inmates from Guantanamo to US soil.

There has been only one civil trial of a Guantanamo prisoner: the Tanzanian national Ahmed Ghailani was acquitted of 284 of the 285 charges laid against him, including terrorism, but was convicted of conspiring to destroy U.S. property with explosives. Only 67 prisoners have been extradited to some of the 16 countries that have agreed to accept them. The legal twists and turns engendering the denial of basic principles are examined by Richard Wilson, Professor at the Center for Human Rights and Humanitarian Law of the American University’s Washington College of Law, in his article entitled “Defending the Detainees at Guantanamo Bay”1Human Rights Brief, volume 12, issue 3 (2005). For those who are interested, a detailed chronology and documentation can be found on the New York Times’ website dedicated to the Guantanamo camps and on the website of the Center for Justice and International Law, Washington.

To mark this sad anniversary, I will refer to just a few of the most recent milestones in this shameful history from 2013.

It should be recalled that in April 2013, in response to a question from a CBS correspondent during an official press conference at the White House, President Obama declared that “Guantanamo is not necessary” and went on to reaffirm his intention to close it, although he regretted the obstacles erected by Congress.

In June 2013, for the first time, a list was published of 46 prisoners (including Mahmoud Al Mujahid) who are being held indefinitely, without charges, without trial, under the pretext that they are too dangerous to be released, even though there is no evidence to bring them to trial(?!).

In November 2013, after the sharp increase in the number of Guantanamo prisoners on hunger strike, 25 NGOs urged Obama to close the facility. Shortly thereafter, during the same month, Obama publicly restated his “decision” to close the camps and transfer the prisoners to the U.S. and to third countries after meeting with two special envoys from the State Department (Clifford Sloan) and the Pentagon (Paul Lewis).

The announcement that prisoners could be sent to third countries is particularly controversial as many of these transfers — portrayed as repatriations — are effected against the will of the prisoners involved (as in the case of Djamel Ameziane and Belkacem Bensayah, who were transferred to Algeria against their will on 6 December 2013; Saudi Arabian and Somali prisoners have also been repatriated in identical circumstances). But what’s even worse is that some inmates have been transferred to prisons in third countries without their consent, as in the case of three of the eleven Chinese prisoners of Uyghur ethnicity who were sent to Slovakia on 10 January 2014. As of today’s date, 15 January 2014, the camps still exist.

But closing Guantanamo will not bring an end to this hell, and I use the word “hell” because it is not a kind of limbo, it is far worse than a simple lack of control over the basic principles of the rule of law. According to Zachary Katznelson, senior counsel at the NGO Reprieve, which has defended thirty Guantanamo prisoners, the U.S. is holding over 16000 individuals prisoner in jails throughout the world e.g. Iraq, Afghanistan — the infamous Bagram prison — and Turkey.2Further information can also be found in the book of conversations edited by Nadim Mahjoub entitled “The Guantanamo Files: The Stories of 744 Detainees in America’s Illegal Prison”, Pluto Press, 2009, which includes testimonies from Andy Worthington, Moazzam Beg and Zachary Katznelson.

We in Europe have nothing to brag about when it comes to this shameful situation. With the sole exception of Chancellor Merkel during her first official visit to the U.S., not one European leader (including recently President Rajoy) has condemned this unacceptable state of affairs before the U.S. authorities. Besides participating in this disgrace (and certainly not just by omission), the EU has its own Guantanamos. Because when it comes to disregarding human rights and international legal obligations, Guantanamo is easily matched by the 400 migrant detention centres the EU operates in its 28 Member States, in candidate countries, in countries that enjoy the advantages of the neighbourhood policy and in countries that purely and simply trade in such misery. This situation has been amply reported and documented by Migreurop, the most important NGO in the EU in terms of asylum and immigration policy. Migreurop was created at the end of 2000, at the European Social Forum held in Florence, as a European network to condemn “the Europe of camps”, an expression used quite intentionally to underscore the analogy with the most terrible experiences of concentration camps, such as the Argelés camps, impossible to erase from the memories of Spanish republicans.

Over the past decade, Migreurop has developed and implemented research projects, grassroots initiatives and constructive proposals in this field. Examples of these include its 2011 Open Access Now campaign, in which it called for transparency and access to migrant detention centres in the EU and the project on the dynamic mapping of migrant detentions, linked to the AntiAtlas of Borders Project. The work of this NGO culminated in the Close the Camps initiative, which was launched in 2011 and was presented in December 2013 in the context of the European Campaigns against the Administrative Detention of Migrants, forming part of European Alternatives (EA Migration Area/EA Detention Programme). The initiative couples analysis with a constructive proposal, as its intention is to draw up a map of the 393 detention camps — known as centros de internamiento in Spanish legal terminology. In turn, this map seeks to highlight the key importance of these centres as part of a policy of genuine war against immigrants (in this regard, see Migreurop’s symbolic Manifesto). The almost 400 camps cover centres operating in the 28 Member States of the EU, in candidate countries, in those forming part of the European Neighbourhood Policy (ENP) and in other countries that participate in these policies. Let’s close these migrant detention camps. Let’s close Guantanamo and all those like it in 2014. This time there are no excuses.

Javier de Lucas is Pro­fessor of Philo­sophy of Law and Polit­ical Philo­sophy at the Human Rights Insti­tute, Uni­ver­sity of Valencia.