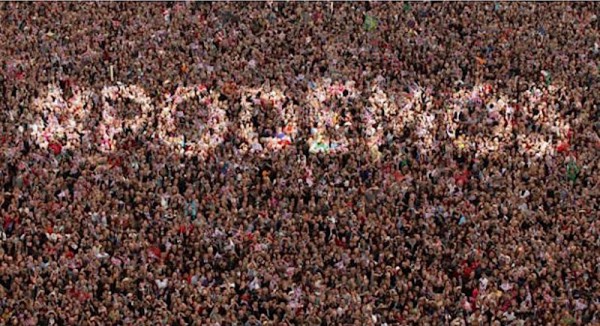 The countries of Southern Europe are extremely diverse, both socially and politically. But they are taking the brunt of the impact caused by the same misguided policy imposed by Central and Northern Europe via the European Union (EU), with varying but converging outcomes. In broad terms, this amounts to chaining these countries to their peripheral position within the continent, subjecting them to unfairly disproportionate indebtness, actively disabling the state apparatus and public services, pushing the middle classes into abrupt impoverishment, forcing young people to emigrate and cutting investment in education and research, without which it becomes impossible to shed the peripheral status. Spain, Greece and Portugal are paradigmatic tragedies.

Although all polls indicate high levels of disaffection and even outrage (often expressed in the streets and squares) at this state of affairs, the political response has proved difficult to articulate. The traditional parties on the left have failed to come up with solutions: the Communist parties are in favour of abandoning the EU, but the majorities tend to be put off by the risks involved; as enforcers of the austeritarian policies, the Socialist parties have, to a greater or lesser extent, discredited themselves.

A vacuum thus set in, which has been slow to fill again. Greece’s SYRIZA, first launched as a political front back in 2004, reinvented itself as a party in 2012 to respond to the crisis, and so filled that vacuum. It may well be the winner of the next elections. In Portugal, the Left Bloc (“Bloco de Esquerda” — BE), established four years before SYRIZA, could not reinvent itself in response to the crisis, and therefore the vacuum still persists. Podemos, Spain’s new party, constitutes the biggest political innovation in Europe since the end of the Cold War and, unlike SYRIZA and BE, shows no visible traces of the Cold War.

In order for us to understand Podemos we must look back to the World Social Forum, to the progressive governments that emerged in Latin America in the 2000s, to the social movements and the constitutional processes that brought these governments to power, to the experiments in participatory democracy—especially at local level, as was the case in many Latin American cities—based on the pioneering Porto Alegre experiment, and also to the Arab Spring. In short, Podemos is the end result of a learning process originated in the South and which eventually made it possible to creatively channel the outrage that ran through the streets of Spain. It is a new kind of party, a movement-party, or rather a party-movement, based on the following ideas:

To put it succinctly, Podemos’ genetic code consists of applying to the internal life of parties that very same notion of complementarity between participatory and representative democracy that ought to guide the workings of the political system in the first place. It is worth noting that Podemos is a particularly felicitous and potentially more effective version of the political innovations that have emerged in various parts of the world as an expression of nonconformity in the face of the depletion of representative democracy caused by corruption and by the way in which governments have been hijacked by capital.

In Italy there was the rise, in 2009, of the Five Star Movement, led by Beppe Grillo, with its vehement criticism of political parties and its endorsement of participatory democracy practices. It was phenomenally successful in the elections, but its radical stance against politics is a source of bafflement as to the type of political renovation it stands for. 2012 saw the establishment, in India, of Aam Aadmi (the common man’s party, known by its English acronym AAP). Inspired by Gandhi’s teachings and focused on the fight against corruption and for participatory democracy, it is premised on the fact that the common man (and the common woman, as the women who joined the party were keen to add) is neither heard nor taken into account by established politicians. Just one year after it was founded, Aam Aadmi became the party with the second largest vote in Delhi’s Legislative Assembly.

Can a Podemos wave spread to other countries? Conditions vary greatly from country to country. Besides, Podemos is no recipe, but rather a sense of political direction aimed at bringing politics and citizens closer together and at showing that such approximation will remain impossible as long as political activity is limited to voting every four years for politicians who take over their mandates and use them for their own personal goals.

Interestingly enough, a party—”Left Unity”—has just been established in England, whose main ideas draw directly on the principles underlying SYRIZA and Podemos.

Given the vacuum I allude to, there is a sore need for the Podemos wave in Portugal. Portugal’s tradition with regard to activism does not compare with Spain’s. In Portugal, Podemos is bound to be an altogether different party, with no significant repercussions at this point in time. The country is now going through its Costa moment. In the wake of the poor results obtained by the Socialist Party (PS) in the last European Parliament elections, António Costa, Lisbon’s Socialist Mayor, successfully ran for the party’s leadership and was elected secretary-general in the last congress. The race took the form of primary elections, open to party members and supporters alike. Participation was very high and proved what I said above: citizen disengagement applies only to politics as usual, when no change seems available in the face of an intolerable, unjust socioeconomic situation. Because of the Costa moment, the Podemos wave in present-day Portugal may primarily serve to prepare for the future: either through cooperation with the Socialist Party, in case the latter is interested in pursuing a left-wing path; or by becoming an alternative, in case PS discredits itself, which will inevitably occur if it allies itself with right-wing forces. At present, the second alternative is the more likely.

Can the Podemos wave reach Latin America, thus somehow giving back the inspiration it received from the continent and from the continent’s stupendous first decade at the dawn of the 21st century? It would certainly be of major significance were it to happen in Mexico and Colombia, the two large countries ruled by conservative forces. So far, all efforts to articulate new, left-wing policies in these two countries and to make them credible have failed to breach the blockade of traditional oligarchic politics. With regard to Mexico, mention should be made of such diverse attempts as La Otra Campaña, conducted by the Zapatista Army of National Liberation, or the political movement centred on López Obrador. In the case of Colombia, there is Polo Democrático and all the vicissitudes it has gone through over the years (independent polo democrático, alternative polo democrático).

One might be led to think, with regard to those countries where the progressive forces achieved major victories in the first decade of the 21st century and where the government parties were themselves a recent emanation of popular struggles, that there was nothing the Podemos wave could set in motion, as that is where it originated in the first place. I am thinking of Brazil’s Partido dos Trabalhadores (“Workers’ Party” — PT), Bolivia’s Movimiento al Socialismo (“Movement Towards Socialism” — MAS), Ecuador’s Alianza PAIS (“Country Alliance”), and Venezuela’s Partido Socialista Unido (“United Socialist Party of Venezuela” — PSUV). We are in the presence of highly diverse political realities, which however seem to share two traits: 1) they all sought to give a political voice to the popular classes, who mostly suffer under the oppression of the ruling classes, although the former tend to be perceived not as collective entities, but as groups of poor individuals; 2) they were politically successful, and the exercise of government power could have a neutering effect on their common trademark (whether by way of autocracy/caudilhismo, corruption, by giving in to the imperatives of neoliberal development, etc.).

They show different levels of political erosion, although there have been a number of victories recently, even resounding ones (as was the case with MAS, in the 2014 elections). If the Podemos wave proves to be of any relevance in these countries—as, indeed, in Argentina and Chile, the other two countries ruled by center-left governments based on more established parties—it will tend to come in two forms: 1) fundamental reforms within those parties (claimed with greater urgency for PT than is the case with other parties); 2) the establishment of new movement-parties driven by the same internal dynamics of participatory democracy for articulating policies and choosing one’s leaders.

As we can see from the case of AAP in India, the political thrust behind Podemus is not a Southern European/Latin American phenomenon. In fact, it could emerge under other guises in some other continent or context. Twenty five years after the fall of the Berlin Wall, citizens everywhere who once believed in the promise of democracy, heralded to the world as the end of history, are now coming to the conclusion that the level of liberal representative democracy has reached ground zero, undermined from within by anti-democratic forces, by oligarchies both old and new and also powerful enough, economically, to hijack the entire political system and the state and to hitch them to their own interests. Never before has it become so clear that we live in societies that are politically democratic but socially fascist. The Podemos wave is a metaphor for every single attempt to find a progressive political solution for the quagmire in which we find ourselves, a solution, one might add, that does not entail any abrupt, potentially violent political breakdown.

The US is at present one of the world countries where the ground zero of democracy is most evident. It is definitely where the rhetoric of democratic governance is most blatantly contradicted by the country’s plutocratic- kleptocratic political realities. When the Supreme Court allowed corporations to fund political parties and campaigns, just like any common citizen—and therefore under total anonymity—democracy was dealt a final blow. From then on, the agendas of the big corporations had complete control over the political agenda, from the absolute commodification of life to the closing of the few quality public services still in existence; from the termination of environmental and consumer protection to the neutralization of workers unions’ opposition; from the major overhaul that turned universities into business services for hire to making precarious workers out of university professors and changing students into consumers indebted for life; from the unheard-of submission of foreign policy to the interests of global financial capital, to the incessant waging of wars destined to feed the military-securitarian-industrial complex.

In light of all this, it comes as no surprise that many Americans at odds with the status quo have started reading—or rereading—Marx and Lenin. In these authors they find cogent explanations for the state of affairs American society wound up in. They do not peruse them in search of alternatives, looking for ideas that might help re-found the country’s democratic politics, because they are well aware of the catastrophic political results of Leninist (and Trotskyist, for that matter) praxis. Surprisingly enough, they also read Alexis de Tocqueville’s Democracy in America, with its defence of participatory and community democracy in the US in the early decades of the 19th century. This is where they draw inspiration for the re-founding of democracy in the USA, out of the inherent complementarity of representative and participatory democracy. They are the unwitting bearers of the vital political energy carried by the Podemos wave.