Are some feminists asking the wrong question about who counts as a “lesbian”? 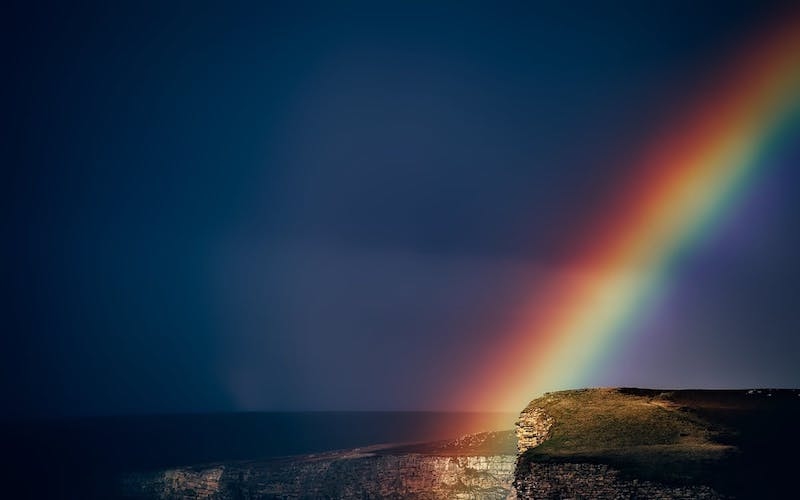 Kindly reposted from Diva Magazine: Kathleen Stock, a Professor of Philosophy at Sussex University, and enfant terrible of gender critical feminism, has recently asked: “can a biological male be a lesbian?” Of course, framing the question in this way tends to suggest a particular conclusion, one Stock wants us to draw, which is that trans women cannot be lesbians.

Yet, this conclusion only follows if we accept the proposition that “woman” must be defined by reference to reproductive biology alone (Stock does not insist on “reproductive capacity” for obvious reasons), so that “lesbian” desire becomes the desire of two women who share reproductive body parts (we will put to one side the fact that many gender critical lesbians advancing this argument actually identify as “political lesbians” thereby removing any necessary connection to desire). Of course, most women can be defined in this way, albeit the concept of “sex” calls for more complex analysis. However, a more inclusive definition is open to us and we should embrace it. Not because of scientific or metaphysical “truths”, but because the question of who counts as a “woman” is, as feminist philosophers Lorna Finlayson, Katharine Jenkins and Rosie Worsdale rightly note, “a political or ethical question”.

Before turning to a more inclusive definition of “woman”, let us be clear about what is at stake in the “woman” question and for whom. First, trans women obviously have skin in the game. We are told daily by gender critical feminists we are not “women” and that our desires for women are not lesbian. For them, we are imposters, men intent on penetrating women’s spaces and bodies. In other words, gender critical feminists strike at the very core of who we are, both in terms of our gender identity and, in the case of trans lesbians, our sexuality. They make it more difficult for us to live our lives and they buttress those who would do us harm.

However, their insistence on reducing “woman” to reproductive body parts not only affects us. It also impacts all those cis lesbians who love us and find ways of exploring our lesbianism together. In particular, trans-loving cis lesbians have their lesbian status called into question. After all, if they desire people gender critical feminists insist are men, if they enjoy communion with our bodies, they must be straight or bisexual at best. Either way, they are lesbian imposters, lesbians gone awry. This is the perverse logic of imposing a meaning on the category “woman”, and therefore “lesbian”, that is derived from reproductive biology.

As for gender critical feminists, they argue recognising trans women as lesbians undermines the categories “woman” and “lesbian”. Yet recognition does not prevent them from getting on with their gendered and sexual lives. Ironically, the gender critical stance risks depriving gender critical lesbians of the moniker, “lesbian”, by which I mean they may find themselves attracted to trans women unaware of our trans status. Of course, they will say they were duped in such circumstances and in retrospect feel only revulsion. But how convincing is this? When we embrace between the sheets, do we not breathe our lover in, feel her touch, experience the contours of her body, feel her breath upon our skin, the timbre of her voice, and are we not undone in such moments irrespective of chromsomes or the state of a person’s genitalia at birth? Are these moments of desire not real, wave after wave?

If we insist “lesbian” desire gravitates toward particular reproductive body parts, then no lesbian is safe: all must live in the anxiety of lesbian “failure.’ Indeed, conversations about the so-called “cotton ceiling” mask this anxiety. Thus gender critical lesbians respond to this issue by asserting trans women coerce cis lesbians into having unwanted sex. Yet, this is not actually happening. Rather, a conversation is being had around the issue of excluding a whole class of women as potential sexual partners in advance. Crucially, anxiety here has perhaps less to do with the possibility of coercive sex than with the possibility of one’s political investment in a particular understanding of woman/lesbian being outflanked by that unruly and wildest of children, desire. After all, desire knows nothing of chromosomes or historical facts about bodies. Given the authenticity of trans women’s lives, what are we to make of attempts, after the fact, to disavow obvious desire for trans women?

The category “woman” can be thought about in a more inclusive way. Trans women exist. We represent a relatively stable population across time and culture, though now have much greater visibility, at least in societies with more developed human rights cultures. For most of us, our internal sense of gender, or our gender identity, is something we experience early in life. We live our lives as women and we experience what this means in a patriarchal society. Of course, gender critical feminists will point to our male socialisation and privilege. Yet, trans women are transitioning much younger today, and for those of us who have transitioned later in life, it is a strange sort of privilege that requires repudiation of one’s core sense of self. Some of us may have enjoyed male privilege, but we all carry the emotional scars. No group of women have a monopoly on patriarchy produced suffering.

We do not claim to have the reproductive body parts, gender critical feminists see as essential (though it seems likely our gender identities have a relationship to biology in causal terms), but we do contest the claim that these body parts exhaust the category “woman”. The subjective sense felt of being a woman is an important aspect of what it means to be one and it is one we should honour, ethically speaking. After all, accepting first person accounts, at least when it comes to identity, ought to be an ethical norm. But more than this, “woman” is a political category, a matter of social position within the patriarchy. Trans women are “women” because we take up this subordinated gender position, and in this sense have more in common with cis women than cis men, and because we do so due to a deep existential affinity with this category. This does not mean we endorse gender norms associated with the category “woman”, a criticism often thrown our way. Rather, we may and do violate and/or comply with such norms, just like other women.

So what are our options? We can either insist, as gender critical feminists do, that trans women are not women (thereby leaving trans women and the cis women who love us in the sexual wilderness) or we can recognise that today, hundreds of thousands of trans women are living authentic gendered lives in the UK, some of whom have an exclusive sexual preference for women, one which is not infrequently reciprocated, and that the best sociological descriptor we have for both these sets of women is “lesbian”.