A Second Manifesto for the World Social Forum? From an Open Space to a Space for Action

by Signatories of the Declaration of Porto Alegre | 11 Aug 2020 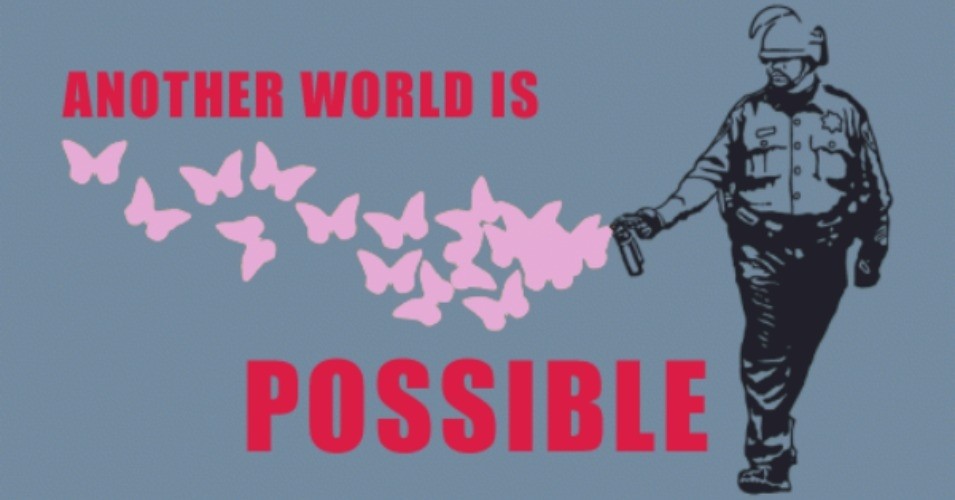 Is the World Social Forum (WSF), which celebrates its 20th anniversary in 2021, just an open space or can it (should it) also be a space for action? This question has been discussed for years in the WSF International Council, and so far, it has not been possible to reach a conclusion.

We, Frei Betto, Atilio Borón, Bernard Cassen, Adolfo Perez Esquivel, Federico Mayor, Riccardo Petrella, Ignacio Ramonet, Emir Sader, Boaventura Santos, Roberto Savio, Aminata Traoré, are the signatories of the Declaration of Porto Alegre, in the WSF of 2005. We have lost since then wonderful friends (Samir Amin, Eduardo Galeano, Samuel Ruiz Garcia, Francois Houtart, Josè Saramago, Immanuel Wallertsein). But we have shared a lot with them, and we are convinced of what they would think today. Those we are still alive have decided to send this message to the WSF, to provide one more element of stimulus and reflection. The spirit of our initiative is well represented by the message of participation to the initiative, written by the Peace Nobel Prize, Adolfo Perez Esquivel: “Thanks for the initiative to revive the hope and the strength of the WSF. For some time, we have been thinking of something similar, to find again paths that would identify us with the diversity in thinking and in actions, to face the challenges of our time. Dear brothers, I join my signature, and I give you a warm hug”

At the Porto Alegre WSF, back in 2005, a few of us launched the “Porto Alegre Manifesto” voicing concern about the growing marginalisation of the WSF on the global stage. We knew that this broke the Forum’s rule against making declarations, but we felt that this would be a way to contribute the rich debates at Porto Alegre, to international politics. The following year, the “Bamako Call” was issued in a similar vein. Neither of these calls received a response.

Fifteen years on, our concerns were shown to be quite real. The Forum began in 2001, thanks to the generous and visionary work of the Brazilian group and the support they then received during Lula’s presidency. Progressive internationalisation brought the WSF to every continent. The idea of opening a space for social movements, and for critical intellectuals exchanging experiences and ideas, to dispute the hegemony of neoliberalism, was a revolutionary one. This had a significant global impact. Contravening the threat of a US war against Iraq, the WSF demonstrated its immense potential by calling for massive, globally coordinated marches to reject the war. However, these kinds of initiatives were not continued.

Unfortunately, even now, almost two decades later, the WSF has not accepted any change to its rules or practices. The idea of an open space, impeded from interacting with the outside world as a global political actor, left the Forum as a marginal player. It is no longer a point of reference. In recent years at least three major popular movements have mobilized millions across the globe: the fight against climate change, for gender equality, and against racism. In these, as a global collective actor, the WSF has been completely absent. However the founding idea of the WSF, to combat neoliberalism from a holistic vision (and in a non-sectoral manner) has lost neither its strength nor its validity. The same goes for the WSF’s struggles against colonialism and the patriarchy, and calling for the respect of nature and of the commons.

Action is required. The world has changed, and not for the better. Today, not only do we face the devastating consequences of forty years of neoliberal capitalism, we are also dominated by the financial markets and threatened by rapid climate change which could make human life on Earth impossible. Mass poverty and growing inequality divide our societies, as do racism and discrimination.

Resistance is also growing. In 2019 we have seen an overwhelming surge in movements, mainly from youth, in many major cities around the world. They know that the old world is dying, and they’re impatient to build another just and peaceful world, where all men and women are equal, conserving nature and with an economy subservient to society’s needs. They are preparing many alternatives, but they lack a space in which they can come together, to create common global narratives, based on grassroots experiences, capable of driving future actions. Progressive activists and academics are so fragmented that they not only risk just losing the battle, but also the war.

COVID-19 is yet another crisis, albeit one that for the first time affects everyone simultaneously, although not with the same intensity. The world has become a village, one in which we are all interdependent. Never before has it been so clear that we must, in fact, act, and we must do it together. The World Social Forum still has significant potential to give voice to these movements, to help them put their alternatives in a global context and allow these new conversations and practices to converge. For this reason, we who have participated in the WSF since its inception, who have signed the declarations of Porto Alegre and Bamako, are calling for a “renewed World Social Forum”. We face a multidimensional global crisis; local, national and global actions are required, with all the necessary articulation between these levels. The WSF is the ideal framework to encourage action. That is what this initiative is all about.