Another Greek Myth: Freedom of the Press 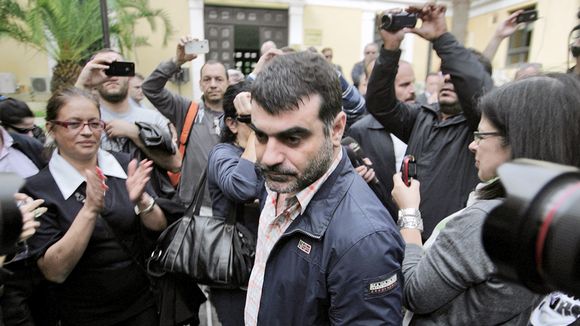 A warrant for Greek journalist Kostas Vaxevanis’ arrest was issued today [Ed. 28 October 2012] for the alleged crime of “violating privacy legislation” related to his bi-weekly magazine HOT DOC which published a list of 2,059 names and associated professions of Greek nationals from the client database of HSBC in Switzerland. So, what does the Greek government do? Arrest the tax evaders? No chance. Since the list of the tax evaders was given to the Greek government over two years ago by French Finance Minister Lagarde, successive Greek governments under Pasok and the New Democracy led coalition have failed to arrest a single known tax evader, not one!

Yet today [Ed. 28 October 2012], the Greek government arrested journalist Kostas Vaxevanis for publishing the tax evader list known to exist by the entire world. The list includes—among others—well known business people, journalists, doctors, lawyers, and media figures many of who have declared income that does not justify the amount of money in their HSBC accounts. To add insult to injury, youth unemployment in Greece stands at 54%, average overall unemployment at 25%, and with massive social dislocation prompted by the forced austerity measures imposed by the EU, the ECB and the IMF, you would think the Greek government would go after the tax evaders to help pay off their massive debts or help stimulate jobs and show the Greek people that no one is above the law. No chance. The tax evaders, not the people of Greece, still pull the power strings in Greece… the world is watching and yes, that includes the Greek Diaspora.

George D. Pappas is the Executive Director & Attorney at the International Center for Legal Studies in Asheville, North Carolina.