The End of the City and the Last Man: Urban Animals and the Law 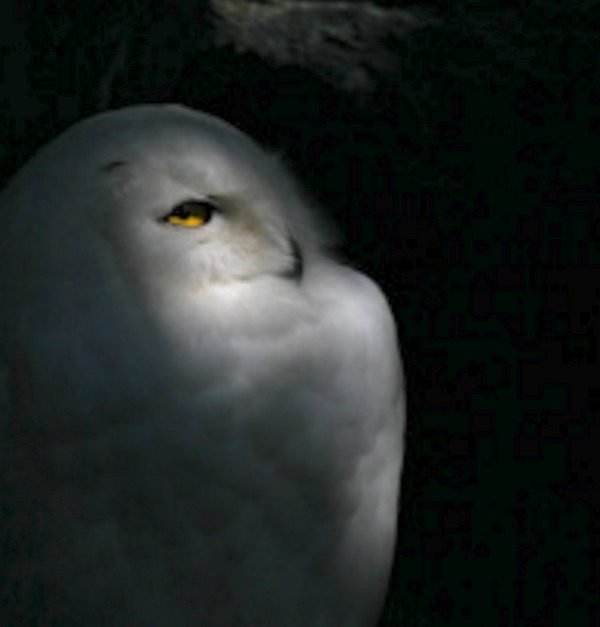 I was asked to write on law and urban animals. When I went to put pen to paper, I found I could not visualise this field or that relation. The law of rats? Of bacteria? Of crows? Most laws that mention animals (for example those relating to welfare and vivisection) are regional or national, rather than municipal. Those kinds of laws, in any case, afford animals every right except for those that are meaningful: the right to live; the right to freedom of movement; to family life; to privacy, and the right to choose the conditions of one’s death. Where international obligations accrue (for example those relating to the trade, transport, sanitation and conservation of animals and animal parts) they are implemented in the countryside and at the border. There is very little law relating to urban animals, since apart from humans there are in fact very few such creatures who inhabit that jurisdictional site.

This in itself is, of course, no accident. Indeed, if we begin to think about law and the absence of urban animals, or of law and the urban and the absence of animals, or even of the law and its production of lawful animals, we are overwhelmed by the evidence of what John Berger calls ‘the loneliness of man as a species’.1Why Look at Animals? (2009) 15. For to think about law, animals and the city without romanticising that relation is to understand that in many ways the city – emptied of non-human life – is the crowning glory of the modern state: in this, sovereign law has had a formative hand. We imagine ourselves, after all, to be the supreme beings on this earth, and we know this because the city detaches us from the earth and the air with its layers of concrete and glass and steel. We know this because the physical and visual distance from the earth allows us to appreciate its beauty, and through this appreciation, develop our own sensibility to further mark our distinction from the animal. The animal – its smells, movement, tracks, gaze, danger and warmth – is not only absent from the city, but defines it. Our fantasy of wild animals – particularly in relation to the city, then, is best described, again by Berger, as ‘an ideal internalized as a feeling surrounding a repressed desire. The image of a wild animal becomes the starting-point of a daydream: a point from which the daydreamer departs with his back turned’.2Ibid 27. How, then, I wonder, do these images of ideal animals manifest? What is this repressed desire that we hold so dear? And where might we find the imprint of this sovereign hand?

I will look in the cities I have known, starting in England. It is here, as Raymond Williams reminds us, that an urban economy determined and was determined by what was made to happen in the ‘country’; first the local hinterland and then the vast regions beyond it, in other people’s lands’.3The Country and the City (2011) 279. A dense legal infrastructure in shipping, banking and insurance – maintained in the city of London – was necessary for enabling the imperial project that was the consumption of nature and its transformation into concrete and capital. To take a walk through this city – any city – is to take a walk through global history, and in London a new horizon has emerged the victor. Its skyline is that of a carnival, with a giant ferris wheel, pendulous gherkin and sliding bridges. Its glassy towers reflect the clouds, making a strangely transparent but entirely visible utopia. Heraldic lions and sacrificial warhorses tower across boulevards; there is a rumour of foxes. Here, penance has always been paid in the drinking houses, while the docks fill with slaves, skins and ivory from other lands.

The M2 from London to Canterbury is littered with corpses, framed by a thin screen of verdant oaks. The badgers, deer, kites, hares, pigeons and pheasants were racing the entropic city.

Canterbury is a tiny medieval place in the south east of England; cobbled and enclosed in a Norman wall; its cathedral sitting atop Roman bones. We live here, my small son and I, next to the river Stour which runs, fast and serene, carrying duck weed and secrets like that of the mythical otters once apparently spotted downstream. We found an old USB cable there once, drifting like petrified seagrass in the section half-filled with red bricks bombed into the riverbed during WWII. Building management regulations prevent us from having our dog here, and so my son waits each morning by the window to greet a single white pigeon who comes to warm herself up next to a steaming down-pipe. In the background, bells break the morning drizzle as gargoyles and griffins leer down at the city’s empty streets. But for them, and for the homeless dogs guarding their companions, there are no animals wandering this town – the birds have for the most part gone for the winter. The nearby zoo and safari park have reinvented themselves into dinosaur theme parks, complete with giant plastic replicas, cozily bracketing modern human history. This in stark contrast to the world of Chaucer’s Canterbury Tales, replete with foxes, horses, roosters, dogs, falcons, crows, cats, griffins, pelicans and phoenixes. Stone, wood and plastic effigies of animal life are what remain here. Impressions on heraldic arms; artifactual creatures who do not shit or sleep or otherwise inconvenience our world heritage.

The talk of the pigeon reminds me of my childhood: a place filled with animals. Stray cats and dogs stroll the streets in Kumamoto, Japan; kittens appear here and there; the embers of fireflies twinkle in the bamboo forests, the danger of snakes and millepedes, the incessant high-pitched drone of cicadas in the dank perfume of summer flowers; the raccoon dogs; the twilight owls, the few remaining rice paddies. Now they are muffled by high-voltage lamps and apartment blocks. The fireflies are gone. The stray dogs are gone. The rice fields are a marshy sports ground that stretches out towards the neon city: Kumamoto. The name means ‘the origin of bears’. There may or may not ever have been bears here; they were perhaps always phantasmic – bears that carried the spirit of a community by virtue of their corporeal generosity. This would make sense of their appearance now as the city’s mascot, ‘Kumamon’. Kumamon, or ‘bear-person’, is a grinning black figure dancing across the city. The bear is everywhere we look, or rather, is looking at us from everywhere: from pillowcases; cars; billboards; crockery; food; books; buses; bags; television. Perhaps we have domesticated a black terror. Perhaps it marks an absence of; a longing for, the sacred, all over the place.

For a time, my home in Melbourne was in a rainforest on a mountain range marking the outer curve of the city. To go into town my dog and I would sit at a bus stop with clouds yawning out below us towards the skyscrapers in the distance, while pairs of yellow-tailed cockatoos floated by in no particular hurry. The bus would meander through suburbs to the main thoroughfare of the Central Business District, a permanent pastiche of the multicultural food festival. Here are green spaces; here are vertical gardens; here is the shining city on the hill. The city itself is a declaration of the oldness of the new, decked with patinated, curated 20th century furniture. Ironic taxidermy is de rigueur in the popular bars. Warm nights are filled with honeysuckle and barbeques. Under cover of darkness animals and animal parts are trucked in and out of the city. While the kangaroos, emus, potoroos and wombats only appear in the city as children’s book characters, there is nonetheless a life with animals in this hot place. Urban residents fight an ongoing nocturnal battle with possums, ants, deadly spiders and rodents. Squeals of rainbow lorikeets tail the raucous gangs as they swoop between stands of eucalyptus trees dotting the university quarter. In the inner suburbs, immigrants keep illegal chickens beneath olive trees and figs. In this city, the ‘urban’ is an anxiety buffetted by desert winds from the north and antarctic winds from the south. It is concrete that does not end, so much as is swallowed at its edges by the reclaiming bush.

The planet has so far witnessed five major mass extinctions where over 75% of species were lost (probably due to rapid climactic change), the first taking place 444 million years ago and the most recent, 66 million years ago. Our lifetime marks the beginning of the sixth major mass extinction. Over the next three years, the number of wild animals in the world is predicted to fall by two-thirds, compared to those living in 1970.4WWF, ‘2016 Living Planet Report’ accessible online at: http://awsassets.panda.org/downloads/lpr_living_planet_report_2016_summary.pdf (accessed 5 December 2016). The human urban population is expanding by 1.5 million people every week. Between 2011 and 2013 alone, China poured more concrete over its earth than the United States did during the entire 20th century. Alongside this annihilation of habitat, the equivalent of 48 football fields of forest cover is cut down every minute. Animals are bred and slaughtered at an exponentially increasing rate: 60 billion land animals alone were killed last year for food. At our current rate of consumption, all global fish stocks are predicted to run out by 2050. And all this exacerbates climactic change, whose effects compounded by our simple consumption of the earth are so terrifying that we prefer to think of it as a sick joke. When we look for the law of urban animals, then, we must look not only to the failure of the United Nation Framework Convention on Climate Change and the failure of every other international environmental agreement created in the 20th century, but to the political economy that has facilitated the creation of modern states and the post-imperial settlement which takes the form of international trade law today.

Meanwhile we console ourselves with cat videos; statues, and animated muppets in the knowledge that we, at least, are the Übermensch.

The bell tolls for the end of the city and the last man.

Yoriko Otomo is a Lecturer in Law at SOAS, University of London