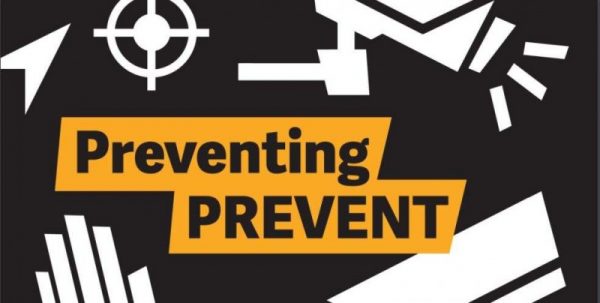 In October 2016, the University of Sussex published its Freedom of Speech Code of Practice1University of Sussex – Office of Planning, Governance and Compliance, ‘Freedom of Speech – Code of Practice’ <https://www.sussex.ac.uk/webteam/gateway/file.php?name=freedom-of-speech-code-of-practice-2016.pdf&site=76> accessed 24 November 2016. and its accompanying External Speakers’ Procedure.2University of Sussex, ‘External Speakers’ Procedure’ <https://www.sussex.ac.uk/webteam/gateway/file.php?name=external-speakers-procedures-2016.pdf&site=76> accessed 19 November 2016. Like the many recent ‘Freedom of Speech’ or ‘External Speaker’ policies across higher education institutions in the UK, the main objective of these policies is to ensure University compliance with the Counter Terrorism and Security Act 2015 (CTSA). CTSA section 26 places the Prevent pillar of CONTEST on a statutory footing and requires that ‘due regard [is had] to the need to prevent people from being drawn into terrorism’. Prevent is designed to ‘tackle extremism’ by ‘de-’ or ‘counter-radicalising’ persons and environments at ‘risk’. Under CTSA guidance, higher education institutions are to take steps to ensure compliance with Prevent.  The main target of Prevent is the pre-crime space of purportedly ‘extremist’ discourses, and both ‘violent [and] non-violent extremism’ which can ‘create an atmosphere conducive to terrorism’.3‘And … popularise views which terrorists exploit.’ ibid 5. Extremism is (broadly and violently) defined as ‘opposition to fundamental British values, including democracy, the rule of law, individual liberty and mutual respect and tolerance’4HM Government, ‘Prevent Strategy’ (2011) 109 <https://www.gov.uk/government/uploads/system/uploads/attachment_data/file/97976/prevent-strategy-review.pdf> accessed 24 November 2016.: in other words, opposition to a particular script of liberal idea(l)s clad in the language of national-discursive cohesion.

In his lectures at Collège de France, Foucault examined the ‘how’ of government: how government happens, how it is thought.5Bal Sokhi-Bulley, Governing (Through) Rights (Hart 2016) 4. Government does not simply signify juridico-political structures or the management of states, rather it signifies a regulatory or conducting power at ‘a variety of sites and through rationalities not limited to those formally countenanced as political’.6Wendy Brown, Regulating Aversion: Tolerance in the Age of Identity and Empire (Princeton University Press 2006) 4. Interrogating the problem of government, Foucault articulates a key notion or thought ‘fragment’: governmentality. Governmentality is a technique of power which, unlike the sovereign command or act, or disciplinary intervention (but without substituting these processes) seeks to indirectly and at a distance manage and guide populations (understood as encompassing both people and the field of ‘social’) through the ‘conduct of conduct’. Governmentality as an art of government then ‘structures the field of possible action, [and] act[s] on our own or others’ capacities for action’.7Mitchell Dean, Governmentality: Power and Rule in Modern Societies (SAGE Publications 1999) 14. See also Foucault, ‘The Subject and Power’ (n 4) 341. It does so not by coercively restricting the freedom of subjects but by presupposing and requiring the freedom of the subject, of the population, while managing the possible outcomes ‘within a more or less open field of possibilities’.8Foucault, ‘The Subject and Power’ (n 4) 341; Thomas Lemke, Foucault, Governmentality, and Critique (Routledge 2012) 18. This form of power sees that the role of the ruler replaced with that of a ‘regulator of a milieu’

representing both that in which circulation is carried out – the natural (such as rivers and hills) and the artificial (such as agglomerations of people and houses) – and the affects that bear on those who live in such spaces. It is in acting upon this space of circulation that governmentality finds its expression, and it is within this terrain of intervention that the ‘population’ comes to exist.9Thomas Martin, ‘Governing an Unknowable Future: The Politics of Britain’s Prevent Policy’ (2014) 7 Critical Studies on Terrorism 62, 64. Citing Foucault, Security, territory, population (n 1) 21.

The governance of population, then, becomes ‘the management of a series of … circulations and events’10Martin (n 17)., the management of motion(s) in the world. Governmentality is, importantly, also a way of thinking (of) government – a mentality – which renders possible and legible expressions and modalities of power that, though highly significant, are often concealed or overlooked.

In addition to the fundamentally violent racialising and discriminatory aspects of Prevent, Prevent also – through policies like the Freedom of Speech Code of Practice and External Speakers’ Procedure – enacts a particular modality of power: it acts to manage the circulation and flows of ideas and identities in the academy through actively directing outcomes, through the production of effects which influence behaviour.11Martin (n 17). Through a process of normalisation, in which the ‘normal’ and ‘unnatural’ to the population are respectively identified, Prevent sees ‘an interplay between these different distributions of normality’ – the ‘favourable’ set of ideas encompassed in ‘British values’ on the one hand, the ‘divergent’ and broadly defined ‘extremist’ on the other – which acts ‘to bring the most unfavourable in line with the more favourable’12Foucault, Security, territory, population (n 1) 63. See also Martin (n 17). thus limiting the scope for meaningful critique of contestable concepts and contributing to narratives and productions of ‘delinquency’ and ‘divergence’. Concepts like ‘democracy’, the ‘rule of law’, ‘individual liberty’ and ‘tolerance’ are all contested and contestable. Some of the most influential thinkers and movements of the modern and contemporary era could be termed non-violently extremist within the scope of the Prevent strategy. As one Professor at Oxford noted: ‘Now non-violent extremists? That’s Karl Marx, Rousseau, Charles Darwin, Hegel, and most clearly Jesus Christ, who was definitely a non-violent extremist. The Home Office wouldn’t want him preaching on campus.’ 13See Rights Watch UK, ‘Preventing Education? Human Rights and UK Counter-Terrorism Policy in Schools’ (2016) 16 <http://rwuk.org/wp-content/uploads/2016/07/preventing-education-final-to-print-3.compressed-1.pdf> accessed 11 January 2016.

CTSA section 31(2) states that ‘particular regard’ is to be had to ‘to the duty ensure [both] freedom of speech [and] academic freedom’. In this sense, the legal obligations on higher education institutions to respect freedom of speech and academic freedom are stronger than is the duty to have due regard the aims of ‘Prevent’. This is because there is a pre-existing legal duty upon universities, polytechnics and colleges under section 43 of the Education (No 2) Act 1986 to ‘take such steps as are reasonably practicable to ensure that freedom of speech within the law is secured for members, students and employees of the establishment and for visiting speakers.’

However, the discretionary measures afforded to higher education institutions (and to some extent, HEFCE) are conducive to racial and religious profiling, lend themselves to spying on students, are likely to infringe the ability of students to express themselves on university campuses, and are likely to threaten the academic freedom of academics in organising conferences and other events. This is because it allows higher education institutions and their staff the discretion to themselves determine where and how a risk may be present. Thus, both the Freedom of Speech Code of Practice and External Speakers’ Procedure – and policies like them – in various ways require the mediation of Prevent through processes of self-regulation and institutional guidance: while external speakers – for events, for academic conferences – may freely be invited to speak, their ability to do is contingent upon self-‘assessments’ as to ‘risk’ (of ‘extremism’) made by the event organiser and / or Heads of Department and / or, in the last instance, an External Speakers’ Panel.14University of Sussex (n 22). Thus, the circulation of alternative idea(l)s and identities is constrained and conducted. Exposing this operation of (governmental) power opens up space for other ways of thinking about how it may be resisted and the forms of counter-conduct already present in struggles against the violences of Prevent.