A Violence Which Must Be Named (Critique in Times of Coronavirus) 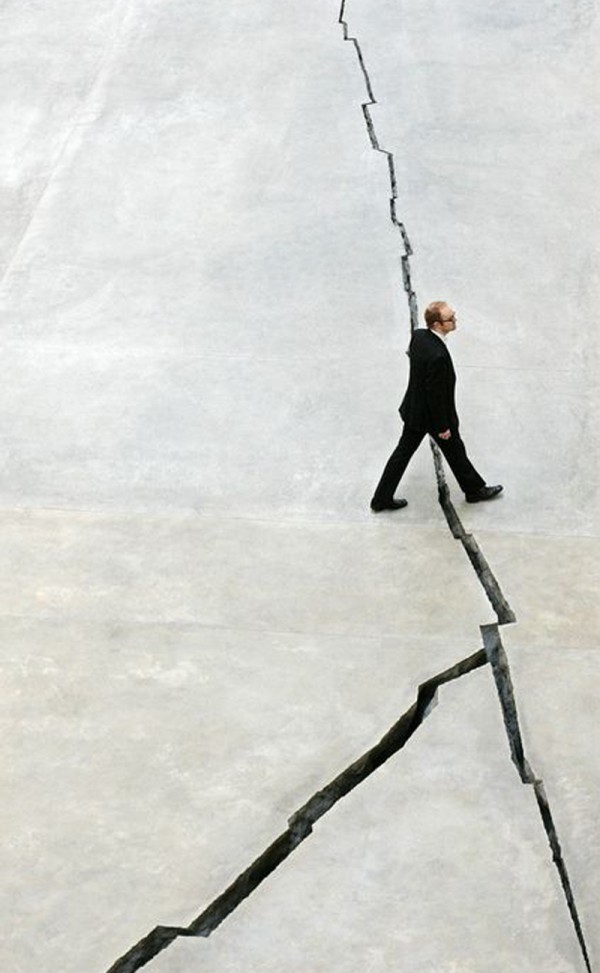 Across the UK two narratives currently dominate and frame much of the critique of the British government’s current response to the Coronavirus pandemic. The first is that of incompetence. The story so far unfolding is that of a government which has ignored both the World Health Organisation’s advice and the experience of numerous other countries in their approach to limiting the spread of Coronavirus, as well as ignoring earlier recommendations and warnings within UK government commissioned contingency planning. The picture is that of a Prime Minister and Cabinet drastically out of their depth, with little experience of crisis management or detailed planning. It is an image of a government disorganised, acting too slowly, ignoring the pleas of many within the NHS, incapable of rolling-out mass testing, and therefore actively contributing to a death rate which is much higher than neighbouring countries like Germany.

A key figure in the narrative of incompetence is the persona of Boris Johnson, the spoilt public schoolboy, the chancer. He is a politician who is a master of grand rhetorical flourishes but who has previously shown (as with the case of Brexit and Northern Ireland) that he possesses little by way of mastery of detail. This picture, commonly presented in liberal-left newspapers like The Guardian, is now even being briefly sketched by the News Corp owned The Sunday Times with an account given of Johnson failing to attend a number of Cobra crisis meetings in January and February as worries over a global pandemic started to grow globally[1].

The second intertwined narrative of critique is that of a British government acting within the framework of a right wing nationalist, Brexit ‘populism’. This is less dramatic perhaps than that displayed in the USA by President Donald Trump, but is still visible in Boris Johnson’s early dismissal of social distancing and the boasting of having shaken everyone’s hands on a visit to a NHS hospital. The predominance of an attitude which tipped its hat to Brexit populism can be found in the way the British government dragged its heels in late March 2020 in imposing a social and economic lockdown. Johnson expressed a reluctance to lock the country and economy down as it was contrary to British ‘liberty’ and this took place even as the level of mortality rose dramatically in Italy and Spain.[2]

The story of British populist nationalism pervaded British government attitudes to refusing to initially join EU procurement schemes for ventilators and personal protective equipment. Populist nationalism seemingly guided also the favouring of British ‘branded’ firms like Burberry and Dyson in the as yet unsuccessful production of key equipment, in the reluctance to advise the general public to use face coverings, and in the jingoistic championing of the NHS as a public ‘wartime’ effort. Such government championing of the NHS is of course detached from the reality of continued government failure in properly supporting the NHS and community public health provision with adequate resources, equipment and testing. As such the British government’s response is still guided by an agenda of right wing nationalist culture war. The NHS is portrayed by both the Conservative party and the tabloid press consistently in patriotic, jingoistic terms – and never, contra the Brexit logic, as a multi-ethnic, cosmopolitan institution, highly dependent upon the labour of immigrants. Generally there is a sense then that key figures within the British government have been so shaped by a mind-set of the proceeding years of populist, nationalistic Brexit campaigning that they are unable to either understand or respond to the Coronavirus crisis in any other way.

However, while there is a great deal of truth in the twin narratives of incompetence and right wing populist nationalism, there is a danger that this focus alone, and the focus upon the persona of figures like Johnson or Matt Hancock (or Trump in the USA), obscures a deeper truth to the current crisis. This truth is a history and contemporary persistence of neoliberal ideology and rationality which has shaped, guided and blinkered the actions of the British government. Incompetence and populist nationalism take place then in the context of a neoliberal world view which has turned a dangerous and deadly virus into systematic social violence. Political, security and public health strategy shaped by the context and persistence of neoliberal ideology amplifies social, economic, class, gender and racial inequalities and does so to expand the pool of those who are vulnerable to and institutionally unprotected from the threat of death from Covid-19. Neoliberalism does this by framing the ideas of social protection and the public good in such a way that the value human life is always relative to and lesser than the value of capitalist accumulation.[3]

The British government’s response to the Coronavirus crisis, guided by the current dominance of neoliberal rationality within the Conservative party and across sections of the civil service, has to be placed in the historical context of 40 years of neoliberal restructuring and social transformation.  Over this period the institutional capacity of the NHS, the wider public health system, local government, and community and social care provision have been stripped apart and drastically underfunded through policies of austerity. Many of these institutions have been partially privatised, their reservoirs of institutional knowledge depleted through job losses and outsourcing to the private sector, their information systems and coordination mechanisms fragmented and rendered inefficient and sometimes inoperable through years of moulding and shaping in accordance with the logics of market competition. In this key respect the incompetence of the current British government response, papered over by patriotic rhetoric, is a result of the deep institutional failures of the neoliberal state and the devastating consequences of a 40 year project of neoliberal state building, social reorganisation and the production of neoliberal subjectivity.

One dramatic example of the British government’s approach has been the early policy of allowing the infection to spread in the hope of generating a form of ‘herd immunity’. While this has been rolled back somewhat via social distancing, aspects of this policy are still in play during the current lockdown through the absence of widespread testing and social contact tracing.[4] Such a policy places the vulnerable, such as the elderly either in their own homes or within care homes, as well as those with serious medical conditions, subject to a roulette wheel of contact with medical staff, carers and family members. So far the majority of medical staff, paid carers, and family members providing care (many who still have to travel to work) have had no access to either testing or the technologies of information sharing via contact tracing.

The policy of working towards herd immunity cannot be disconnected from attempts to secure the buoyancy of the capitalist economy. This approach (allegedly initially supported by Dominic Cummings[5]), continues to play a role in current debates over the easing of the lockdown and typifies the ‘biopolitical’ operation of neoliberal rationality as identified by Michel Foucault.[6] In this the population is managed as a herd, some are left to live and others left to die based upon utilitarian projections of an ‘acceptable’ level of deaths ranked against the costs of protection, and against the potential damage to the capitalist economy. For the most vulnerable, unprotected by widespread testing and tracing, this amounts to what Achille Mbembe more sharply terms the activity of ‘necropolitics’[7] – a politics of death which of course operates in far more extreme terms across the Global South.

The reality of the current operation of a neoliberal necropolitics is the threat of death intensified by economic inequality and economic vulnerability. Hence in contrast to advertisements for the middle classes suggesting they spend their lockdown following online yoga sessions or cooking a day-long ‘isolation Middle Eastern lamb roast’ with ingredients bought from Tesco, life for the poor in contemporary capitalist society is rather different. Those who are forced to travel to and from precarious, low paid work, or live in cramped homes full of extended family members, or survive on meagre state benefits or state pensions or foodbanks, are already fully subject to the systematic violence of the neoliberal state. If they fall ill, in turning up to an underfunded and under-resourced hospital they are forced to face the deadly consequences of the systematic violence of the neoliberal state all over again. Further, if and when the pandemic calms the burden of public debt, newly incurred by the government to prop-up the economy, subsidise wages and prevent mass bankruptcies, will no doubt be unevenly loaded upon the shoulders of the population in renewed measures of austerity and more savage cuts to what remains of the welfare state. As with the previous round of pragmatic, state intervention to bail out the banking sector in 2008, the costs of this debt burden will impact the greatest upon those already suffering economic and social disadvantage.

As this crisis rolls on, develops, changes, what must be remembered, critiqued and held to account is the violence of neoliberal ideology and the many different manifestations of neoliberal rationality and strategy. Against the dementia created by the production of neoliberal subjectivity, the waging of culture wars, the cult of political personality, and the jingoistic chants of nationalistic populism, the systematic social violence of neoliberal thought and political action which is shaping and intensifying this crisis must be named. As with the legacy of the 2008 financial crisis, it would be naïve to think that the current crisis will somehow automatically erode the hegemonic hold of neoliberal ideology over contemporary social and political thought. Rather, throughout the pandemic and any subsequent economic crisis the proponents of neoliberalism will most likely assert ever more strongly a value system which sacrifices human dignity and social equality for the sake of capitalist accumulation. Whether this takes place through new and greater levels of austerity, strategic forms of internal structural adjustment framed as ‘resilience’, or as the intensification of neoliberalism’s populist nationalist turn, this is a violence which must be named, called out, and contested.

Tarik Kochi, University of Sussex, is the author of Global Justice and Social Conflict: The Foundations of Liberal Order and International Law (Routledge, 2019).

[2] Fintan O’Toole, ‘Coronavirus has exposed the myth of British exceptionalism’, The Guardian, 11 April 2020.