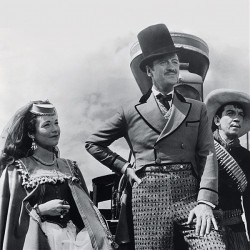 Some quick thoughts on Standard & Poors’ downgrading of the U.S.’s credit rating from the previously bullet-proof AAA to AA+. We can moan about S&P’s miscalculation that led to a US$2tn error, and rigtly note with Paul Krugman1http://krugman.blogs.nytimes.com/2011/08/05/sp-and-the-usa/ that S&P may well be the least qualified assessor of financial health after the sub-prime debacle, but the fact remains: the U.S. has been downgraded. And that means real legal effects.

Large swathes of structured finance and securities deals rely on the the ‘big 3’ credit ratings agencies to assess the credit risk of assets held by banks and special purpose vehicles. These ratings are used to tranche up the riskiness of the assets and assign appropriate rights, particularly rights to receive extra interest on the riskier assets. These ratings are used by banks, due to regulatory constraints, to assess the riskiness of the assets they hold on their balance sheets. Regulatory prudential requirements demand that they hold a certain proportion of assets of various tiers (I, II, III), which tiers are finely linked to credit ratings. This is why, when the credit ratings agencies suddenly revised their assessments of sub-prime securities in 2008, a lot of banks found themselves to be a lot less ‘sound’ than they had led their investors and governments to believe.

Furthermore, credit ratings downgrades as a matter of contract are commonly used to trigger default events in all manner of finance contracts. Because the triggers are contractual it is impossible to say which deals will be suddenly in technical default as of Monday morning, but I can guarantee lawyers will be enjoying their weekends checking every contract involving a U.S. Treasury bond element for precisely this kind of trigger. Note, however, that such is the belief in the soundness of U.S. debt that it is not uncommon for U.S. Treasury bonds to be contractually treated as ‘un-downgradeable’ such that S&P’s move may have only symbolic effect in these instances.

The US regulatory authorities have already come alive to the possibility that the downgrade will have chaotic effects in global finance. We are told that it will continue to regard U.S. Treasury bonds as AAA for the purposes of regulatory capital requirements. This move generates two immediate problems:

1) what is the point of credit ratings agencies if regulators will run a parallel system of rating based on what they would like risk to be assessed at (the ECB might like this idea!)? More importantly, what is the point of performing due diligence on securities offering documents if the credit statements made by the agencies drafted in to support the issuance do not reflect regulatory requirements? Another glorious instance of the capitalist command economy…?

2) Funnily enough U.S. regulatory requirements only apply to entities operating in the U.S., EU, Asian and Southern financial institutions will not benefit from this regulatory ‘bye’ for the purposes of balance sheets assessed e.g. in London or Tokyo. This means they may still have to dump US debt in favour of the remaining AAA nations (e.g. Canada, Australia, Japan). It also means that U.S.-based banks will be operating according to different regulatory capital requirements to their non-U.S. competitors. Plus ca change!

The expected big hit against stocks on Monday should not be taken as the be-all and end-all of this matter. Finance operates at incredible speed, but the law of contract and financial regulation do not. The assessment of what this downgrade means, the review of securities structures and holdings, the notifications of re-balances and/or defaults, the re-assessments of balance sheet requirements, and all the multitude of consequences, these will take time to unravel and play out, just as we saw from 2007-09. Let us not overreact either: a downgrade from AAA to AA+ puts the U.S. on a par with the UK, which has been recently regarded as a safe-haven for bond investors – a sign of the low expectations of the market. Furthermore, let us not forget that the U.S.A., since Bretton Woods, has been the benchmark of value. The USD is still the currency of choice and U.S. Treasury bonds are issued into such a relatively huge and liquid market that it does seem likely for the time being that the USS Greenback will be abandoned by the rats just yet. Yet this is another sign that, like Phileas Fogg’s steamboat across the Atlantic, America is close to running out of ship-parts to burn. This is, after all, a country where 15% of the population required federal aid last year just to be able to eat. 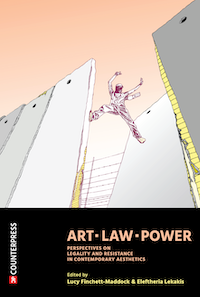