LIBOR (and other mythical beasts) 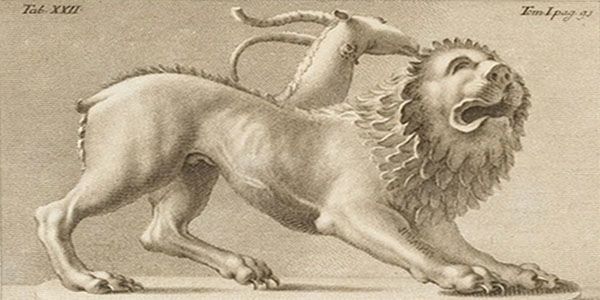 Martin Wheatley, British financial regulator charged with solving the LIBOR crisis, has returned from his Crusade carrying, we are told, a splinter of the True Cross which he assures us is capable of procuring miracles. Not common or garden miracles involving the lame, Galilean fish stocks, or talking asses, no. Something really impressive: announcing the actual interest rate at which banks are actually prepared to lend to each other in a given currency.

Rumour has it that the college of bishops meeting at a secret location in England this week only had the choice of a new archbishop of Canterbury as a plenary filler between ecstatic sessions debating the ecumenical import of this revelatory occurrence. Goldman Sachs might be “doing God’s work”, but is Wheatley the Baptist, come to usher in a new universal religion founded on the ultimate article of faith — the resurrection of LIBOR after its crucifixion at the hands of our modern Romans?

Shall we adopt the hyperbolic posture and poke our grubby digits in those festering wounds?

A reminder: LIBOR (the London Interbank Offering Rate) is important primarily because it stands as the interest rate for something like USD50tn of financial contracts. The simplest case is the floating rate credit agreement. This is a loan agreement which states that interest is payable on the loan amount at a rate which varies in line with the LIBOR rate, plus the lending bank’s profit on this particular deal and any mandatory costs. LIBOR is supposed to be a calibrated average of the rates that a select number of banks would lend to each other in the London money market, a market that exists so that banks can find cash quickly to lend on, without having to go out daily and find depositors the old-fashioned way. Note that just because we are speaking about London does not mean we are only dealing with sterling; there is dollar LIBOR and Euro LIBOR and seven other denominated rates too. Just to add to the mix, we also note EURIBOR, the rate put together by the European Banking Federation. This will be relevant in due course.

LIBOR data is collated, as we all now know, by the British Bankers’ Association (“BBA”), which phones round the selected banks everyday and asks them to quote their impression of their cost of funds in the interbank market. In other words, if today they wanted a few million for say three months in the interbank market, what interest rate would they expect to have to pay on that amount.

As we also all know now (though a lot of people knew before), Barclay’s and allegedly others separately were:

The consequence, especially as a result of the manipulation during the Credit Crunch, was a LIBOR rate that was possibly lower than it should have been. The probability of this increases considerably if banks other than Barclay’s were also manipulating their quotations, because the BBA ignores outliers for calculation.

For those wondering why lower interest rates should be a problem — I mean, why is it bad if people were being deceived into paying less interest — one answer is the nature of floating credit agreements: they are almost invariably accompanied by mandatory hedging contracts which protect borrowers if rates go too high, and protect banks when rates go to low. So actually low rates convert into borrowers paying out more on the interest rate swap. Feel free to provide your own cliché here.

What is interesting for me about the Credit Crunch manipulation was that everyone I know knew it was going on by circumstantial evidence and hearsay, and indeed it was so well-known that no one even considered it might be fraudulent or a regulatory offence. The reasoning was simple: banks had to talk down their cost of funds because the lamest gazelle was going to be the next Lehman Bros for the shorting hedge funds. It is in these circumstances that it is no surprise that we hear (via the U.S.’s Tim Geithner) that manipulation was known to the Bank of England, and indeed Bob Diamond’s defence amounted to saying he was tapped on the shoulder and given a knowing wink by the BoE. This was a case of “market stability” being used to trump the rule of law, as I have noted before.

And market stability in a different guise has been driving the investigations into LIBOR ever since. This time it is market stability in the sense of retaining LIBOR’s preeminent position as the key rate in the key money market that is the City of London. And we need not pick apart the results of Martin Wheatley’s inquiry to see that maintaining market preeminence was the sole interrogative horizon for all parties, including Parliament. Douglas Keenan, an ex-Morgan Stanley trader, wrote a letter to the Financial Times this summer setting out his knowledge of LIBOR manipulation since 1991. He continues:

One of the investigations is being undertaken by the House of Commons Treasury committee. I telephoned the committee on July 3 and spoke with a committee specialist. I told the specialist about the foregoing and said that I was willing to testify under oath. The specialist seemed extremely interested. They said they were to have a meeting about the Libor scandal and would call me back afterwards. I did not hear back, however, so I phoned to ask what was happening. My testimony was not wanted, the specialist told me, because it “contradicts the narrative”.2Financial Times 27 July 2012

Wrong kind of facts. It is somewhat ironic that an investigation into a fraud based on attempts to cover up objective evidence of balance sheet riskiness should be subject to manipulation which seeks to cover up objective evidence of systemic riskiness. It is a shame the British people cannot likewise disregard its government as a statistical outlier, much as American and Eurozone regulators already do.

Anyway, what is Martin Wheatley proposing as a fix for LIBOR?

Well, er, LIBOR of course. But one that only appears to a select few on Pentecost before they proceed babbling into the streets. Mr Wheatley’s logic seems to have been that as so many contracts rely on LIBOR there needed to be as smooth a possible transition to a new mechanism of equal standing and quality. Unfortunately this doesn’t exist (IN LONDON!) so it becomes a question of repairing a broken LIBOR. Mr Wheatley wants to do this by slimming down the number of LIBOR reference currencies to only those which have a real “market” where quoted rates can be identified, then having rate information collated by a government overseen independent body rather than the BBA. Quotations will still be given by a panel of banks, but they must be with reference to actual transactions that day, unless the bank explicitly states otherwise. New regulations will be enacted to require banks to be honest. Oh, and there will be a new Code of Conduct, although that may be an overlooked cut-and-paste from the last useless financial inquiry.

The Financial Times thought this was all great – leading the world with reform etc. US and Eurozone commentators and regulators were underwhelmed. The EBF (EURIBOR) sneered that their system collated information from local banking associations and so was less likely to be manipulated (subtext “please use our rate”). But that is not the same as saying it cannot be manipulated, and indeed Barclay’s was manipulating it (see above). More thoughtful analysis pointed out that the Wheatley reform was simply the financial equivalent of Finnegan’s Wake; a complex and giddy journey through prose in which you end up where you started. In particular:

The fifth point was raised in remarks of Chairman Gary Gensler3US Commodities and Futures Trading Commission to the European Parliament, Economic and Monetary Affairs Committee on September 24, 2012 in Brussels. Mr Gensler asked the question: why is LIBOR consistently quoted at almost half EURIBOR (see below)?

Mr Gensler considered various mundane factors which you can read in his submission here, but pushed us towards considering the allied question of why LIBOR rates were so much more stable than credit default swap prices on debt issued by the same banks, given recent volatility (see below – the blue line is LIBOR):

In other words Mr Gensler was politely asking the European Parliament to conclude that, even with banks behaving themselves, LIBOR is still a complete nonsense. Nothing Mr Wheatley proposes addresses this problem, and Mr Gensler called for interbank reference rates to be set directly by reference to market data.

The problem with direct reference to market data, apart from the fact that USD50tn worth of contracts will be fluctuating like CDS (ouch), is as we have said, that we need a market to generate this data and there isn’t one. That limpid blue line above says to me at least not that banks are still manipulating data (they might be), but more that the banks are still not lending to each other. And why should they when the central banks are throwing cheap cash into the system to keep it all going. In these conditions that falsity of the above figures derives from banks having to second-guess in the absence of real transactions. LIBOR has become a myth, a chimaera in the philosophical sense, even if it ever was a realistic assessment of interbank offering rates – more useful to its disciples as an image around which followers continue to coalesce; and history will be rewritten to fit the desired narrative.

Note that the oblique reference to CDS doing it better is a red herring; during the Credit Crunch swaps were as much, if not more so, incapable of being priced as their references for marking to market vanished.

One other solution has been mooted which echoes recent surprising IMF dabbling in FD Rooseveltian-bank breaking (on which more in a later post). This is to take the problem of manipulation and to embrace it: shut down the malfunctioning money market and simply have the central bank monopolising the setting of (L)IBOR as it does the base rate, in the state’s interest. This is LIBOR manipulation, but sanctioned and purportedly in everyone’s interest. However, if one was to take that step, one might just as well go the whole hog and implement the Chicago Plan (mk#1).

Mr Wheatley’s proposals are as far from doing that as LIBOR is from the real world.